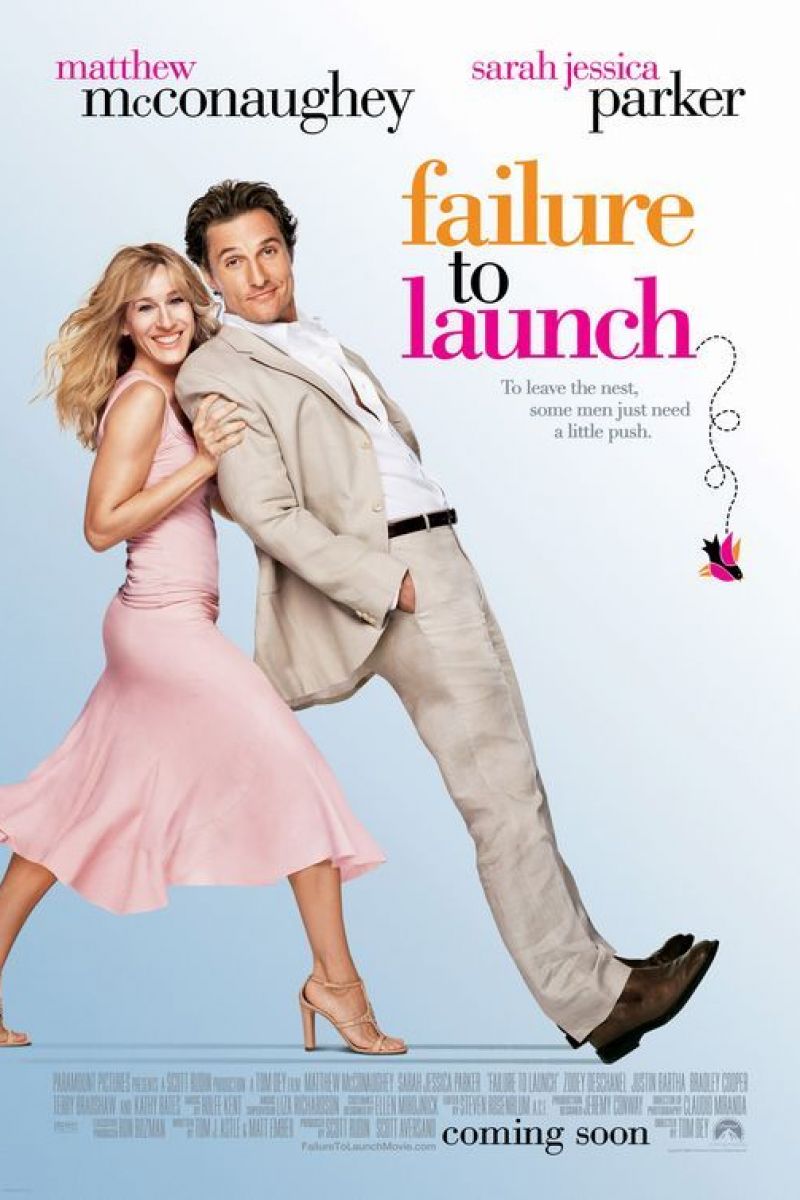 The film "Failure to Launch" is a 97 minute romantic comedy from 2006. The main cast consists of Matthew McConaughey, Zooey Deschanel, Sarah Jessica Parker and Justin Bartha.

Failure to Launch premiered in cinemas on March 10, 2006.

Find more titles that premiered in cinemas in march 2006 or the year 2006.

We know about 10 people who worked on "Failure to Launch";

Have you seen Failure to Launch? Rate it between 1 to 10 below.