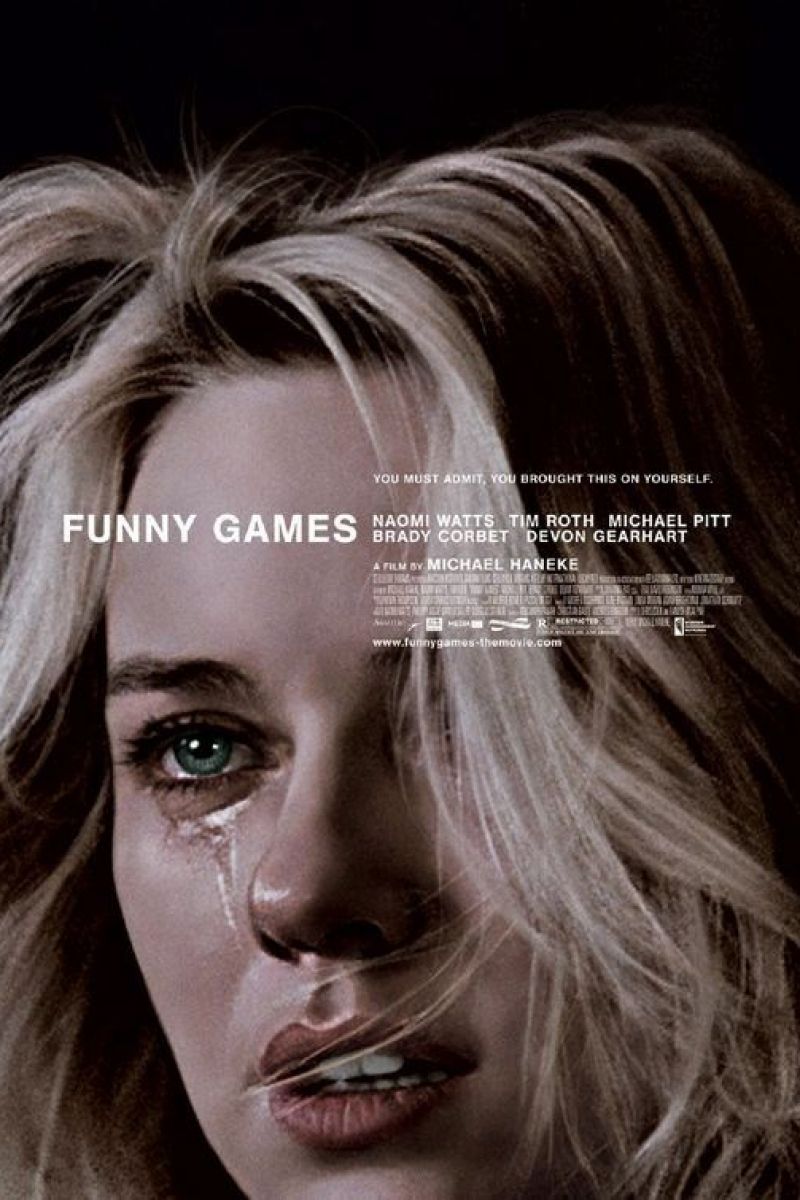 The film "Funny Games" is a 111 minute horror drama from 2007, directed by Michael Haneke. The main cast consists of Naomi Watts, Michael Pitt and Tim Roth.

Find more titles that premiered in cinemas in march 2008 or the year 2008.

We know about 13 people who worked on "Funny Games";

Have you seen Funny Games? Rate it between 1 to 10 below.